Mean Girls: How to Help Your Daughter with Bullying

From the playground to the locker room there’s always plenty of chatter on everything from Dora the Explorer to cute teenage boys. Girls have a wonderfully unique way of socializing and making friendships that often last a lifetime. Yet along with the comradery and friendship can be discontent and competition. It’s not unusual to see toddlers scrapping about who gets to ride the swing first and teenagers rumbling about what the new girl in class is wearing.

While disagreements and squabbling is developmentally appropriate, occasionally passive comments turn into full-blown bullying. All of the sudden your daughter may find herself the victim of false rumors or thrown off the swing set. For girls who are the recipients of such horrific behavior, the results can be catastrophic, serving a crushing blow to your daughter’s self esteem and potentially sending her into a downward spiral of depression and anxiety.

Make no mistake, mean girls know what buttons to push, what secrets to tell, and who to target. The term ‘Mean girls’ coined and exploited by Hollywood in the film of the same name, but the reality of the scene where Lindsay Lohan’s character feels abandoned, alone, and emotionally scarred by her bullying best-friends resonates with thousands of girls across the country.

One of the most psychologically profound aspects bestowed by mean girls is how they use power plays to isolate, intimidate, and crush their opponent’s self-esteem. While this extreme behavior is most often seen in adolescent girls, it does happen at a younger age. For example, 4 and 5 year olds understand when kid are ‘different’ than they are and they are adept at choosing favorites. Though bullying at this age is less common, it’s effects can be equally as devastating to a young girl who doesn’t understand ‘why her friends suddenly don’t like her.’

If you are the parent of a daughter whose being bullied by the mean girls, then their motivation and, more importantly, putting an end to the harassment and verbal abuse becomes paramount. While bullying at any age is provides parents with a difficult dilemma, there are ways to turn “mean girl tactics” into an opportunity for growth for you and your daughter.

If your daughter is being bullied:

*           Be supportive and get information. Let your child know that you believe her and support her. Parents should never “blame” their daughter for the bullying.

*           Teach your daughter to be resilient. Parents should articulate their own values and ethics. Let your daughter know that she has the ability to make new friends and that she should not tolerate people who treat her disrespectfully.

*           Take action. Occasionally, clique behavior goes well beyond power plays. Bullying can be a direct result of a mean girl’s behavior and it’s important to understand the difference between the two. If your daughter is being victimized (i.e. stealing her things, physical violence, severe psychological trauma), then it’s imperative that you step in. Contact her teacher, the principal, and school counselor immediately. Often parents wait too long before getting involved to the detriment of their daughters. If your daughter acting like a “mean girl:”

*           Accountability counts. If it’s your daughter who is acting the part of the “mean girl” then it’s important to encourage her to take responsibility for her actions. Punishing her often makes matters worse, though it depends on the type and depth of her offense.

*           Acknowledge and accept parental responsibility. It can be difficult for parents to acknowledge that their child is the bully, because they feel it somehow reflects on them as a parent.

It’s important for parents to put their personal feelings aside and focus on how they can help their daughter curb her negative behaviors toward others so no one else gets hurt. If your daughter shows signs of extreme defiance or continues to bully other kids, it’s important to seek professional treatment. It’s important for parents to listen to your daughter and observe her behavior when it comes to bullying. Girls who are bullied can suffer from a variety of psychological conditions such as depression, post traumatic stress, and anxiety making it difficult to function and putting their mental health at risk. The key is early intervention by recognizing the issue and taking steps to help your daughter. 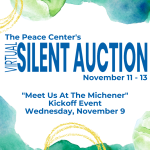 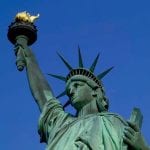 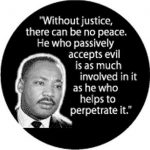 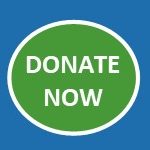